Maryanne Amacher’s psychoacoustics are as seductive as a siren’s song, enticing and destructive, yet still hold softness like the act of listening to waves trapped inside of a seashell. In Making the Third Ear, she concentrates on using frequency combinations that result in additional tones created inside the listener’s ear. What, then, happens when the theory of the Third Ear is applied to visual language? Can additional tones be imagined when divergent, but not entirely opposed, visual species become linked?

In my performative collage, Diving for Pearls, I combined footage of myself in costume with family footage from before I was born. My goal was to implement the third ear and bridge the dissonance between my present make-believe and unfamiliar memories of captured sound and place. What stories emerge from their visual coupling? How can these stories pursue both fabrication and reality, spill family secrets and harbor new fantasies? At this time, my sonic, digital, and tactile processes began communicating with one another through the shared intimacy of my materials.

Similar to my use of unearthed family footage, my decision to include materials from my grandmother’s basement, such as her old paints and powdered ceramic glazes, transformed my creative process into a kind of personal séance. In my sculptural paintings, I combined these personified materials with the found objects of strangers as I imagined our histories weaving together. While collaging materials onto a needlepoint footstool for my Exuviae series, I was inclined to remove the tapestry from its cushioned frame. Underneath, I discovered a second layer of handcrafted tapestry delightfully separate from the first. While I, too, was imprinting my signature onto the object’s surface, I understood the previous owner’s desire to achieve eternal life, even after they parted with our object.

Gaston Bachelard writes in The Poetics of Space, “A creature that comes out of its shell suggests daydreams of a mixed creature that is not only ‘half fish, half flesh,’ but also half dead, half alive, and, in extreme cases, half stone, half man.” (Bachelard 109) By channelling my own voice alongside those on alternative timelines and spiritual planes, the visual third ear is what materializes from this psionic collaboration. 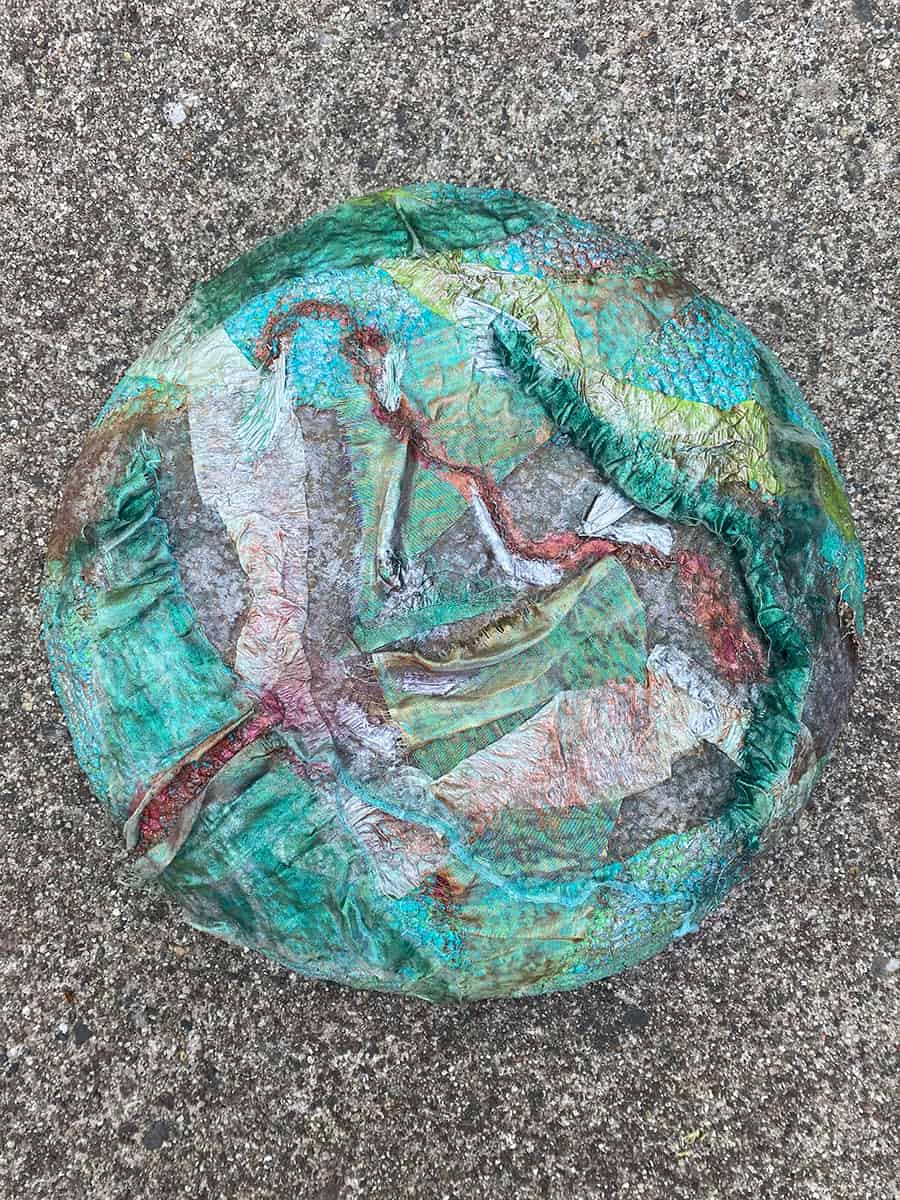 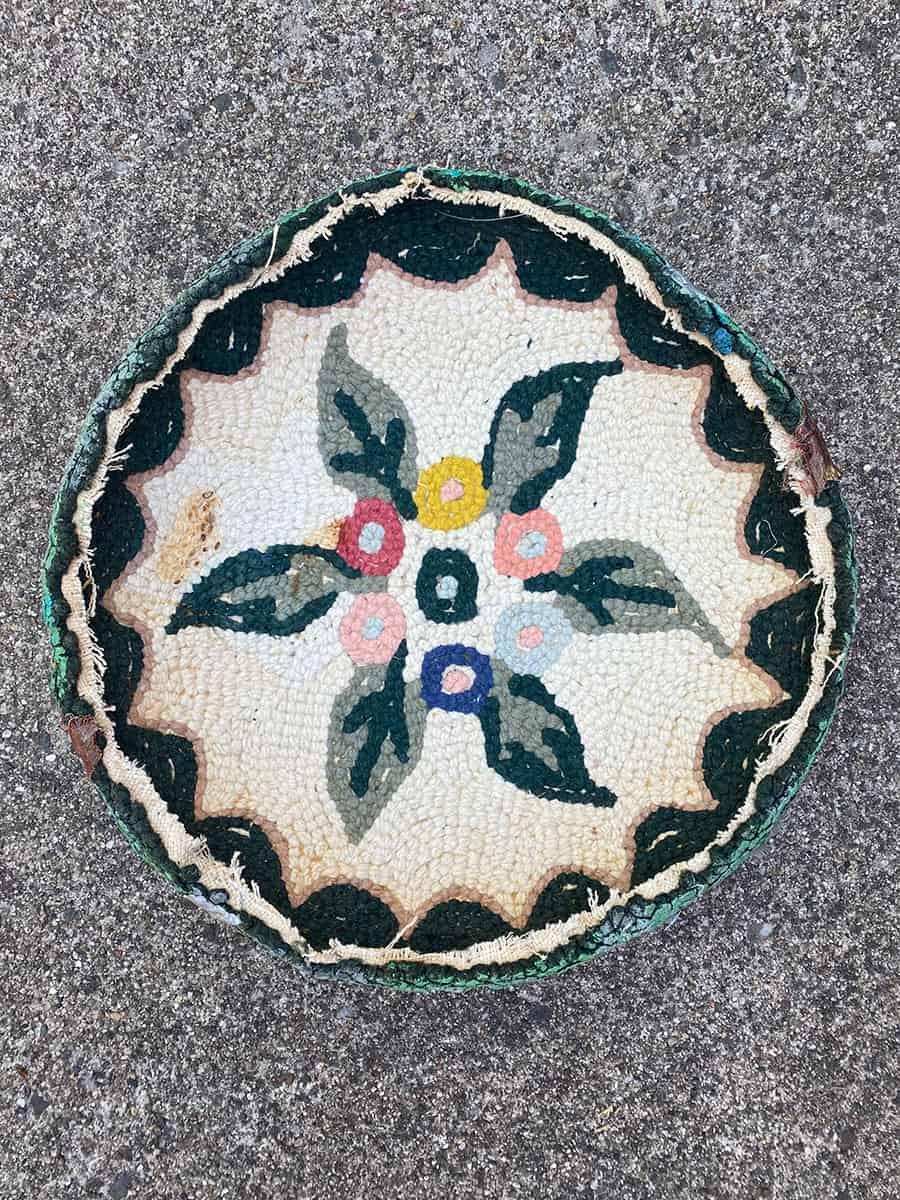 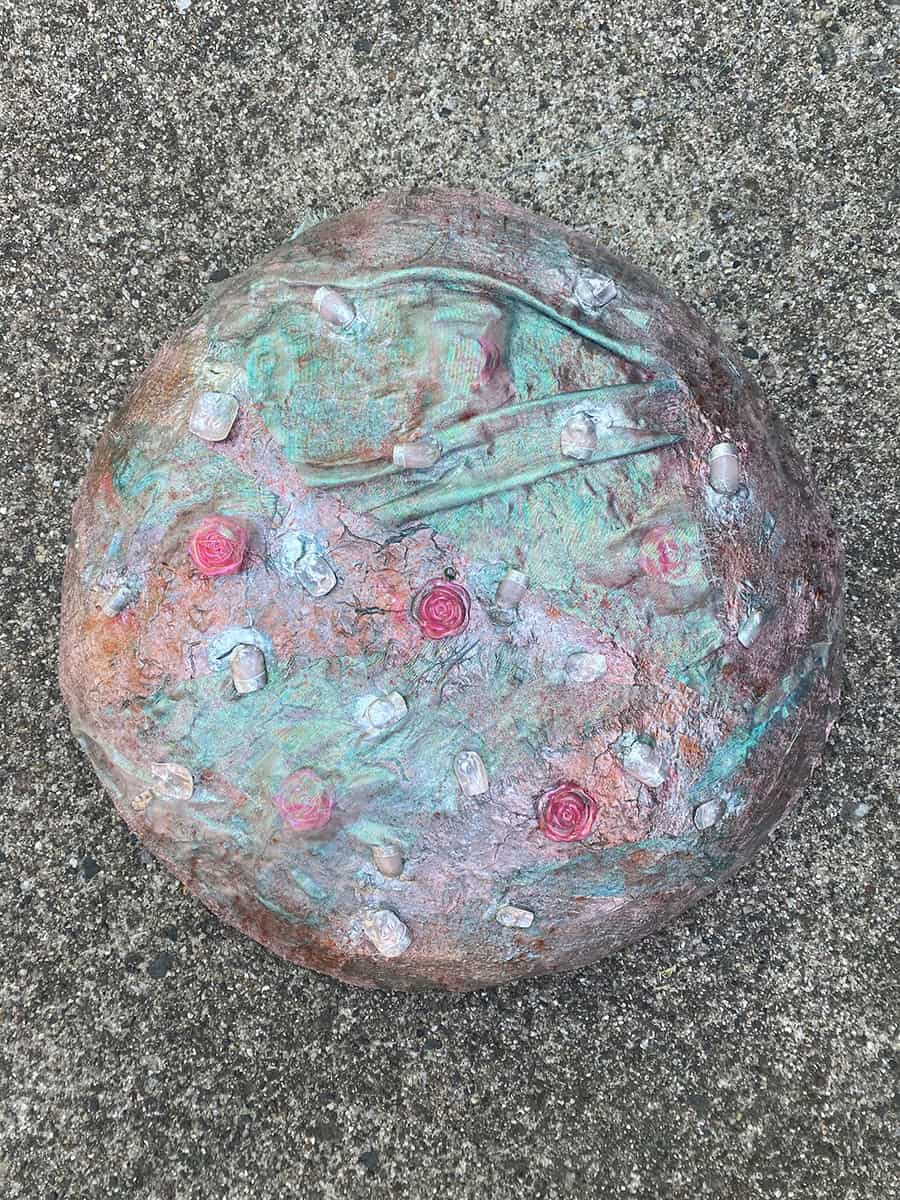 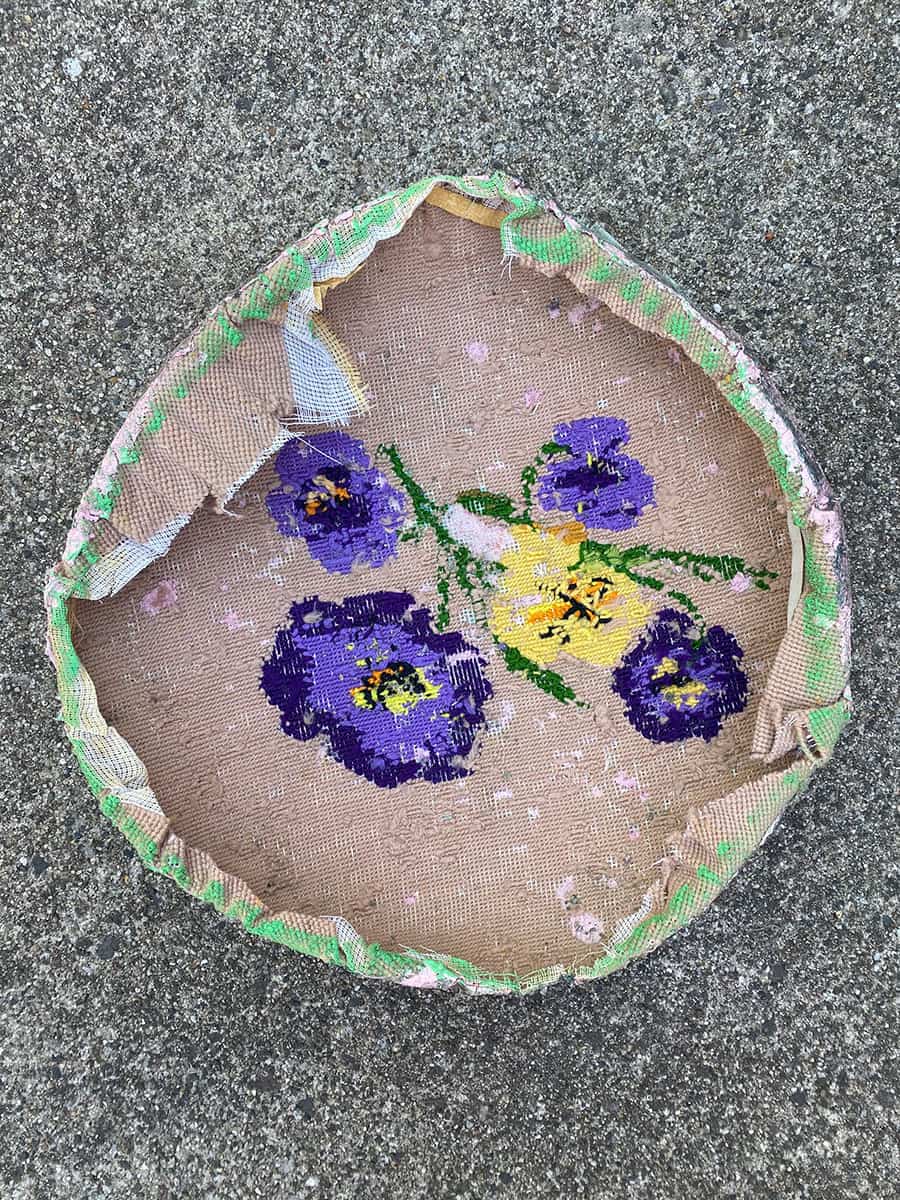 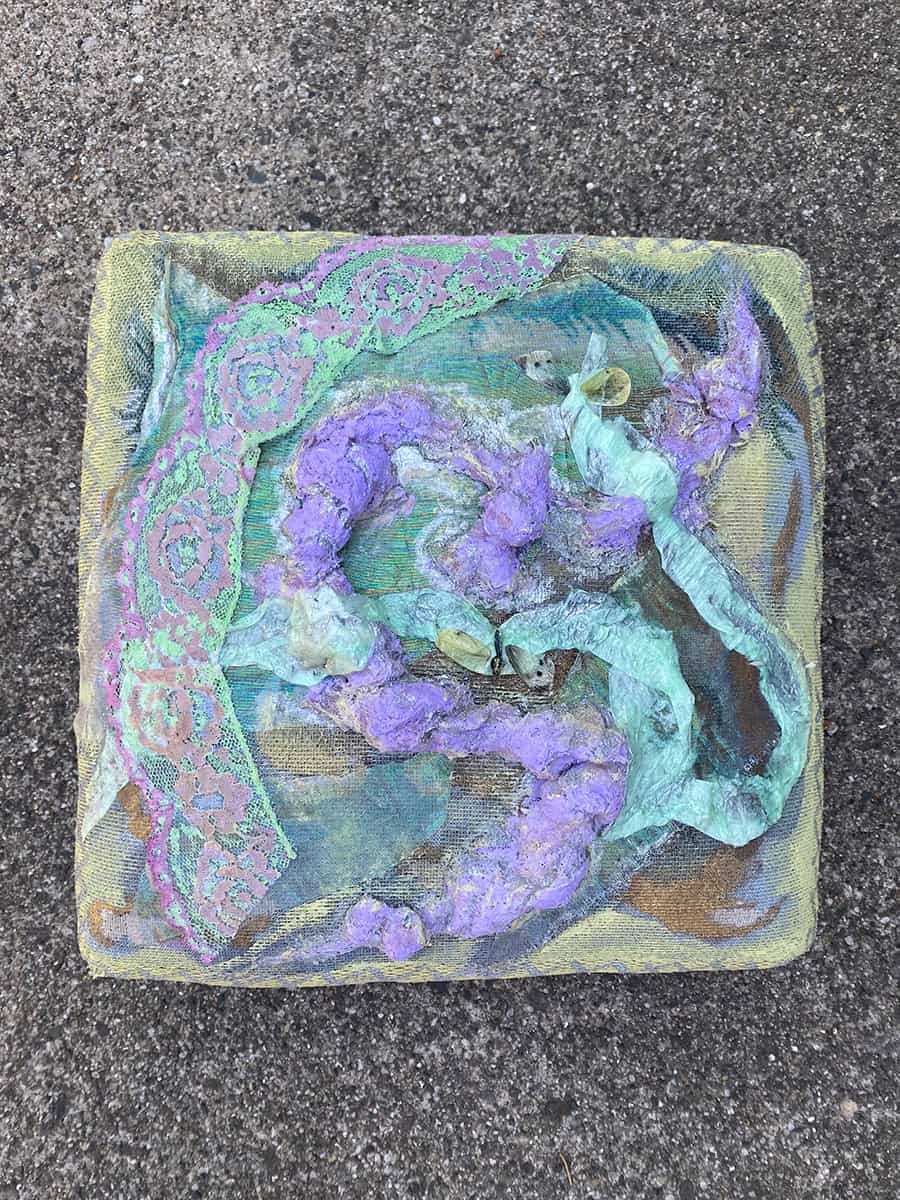 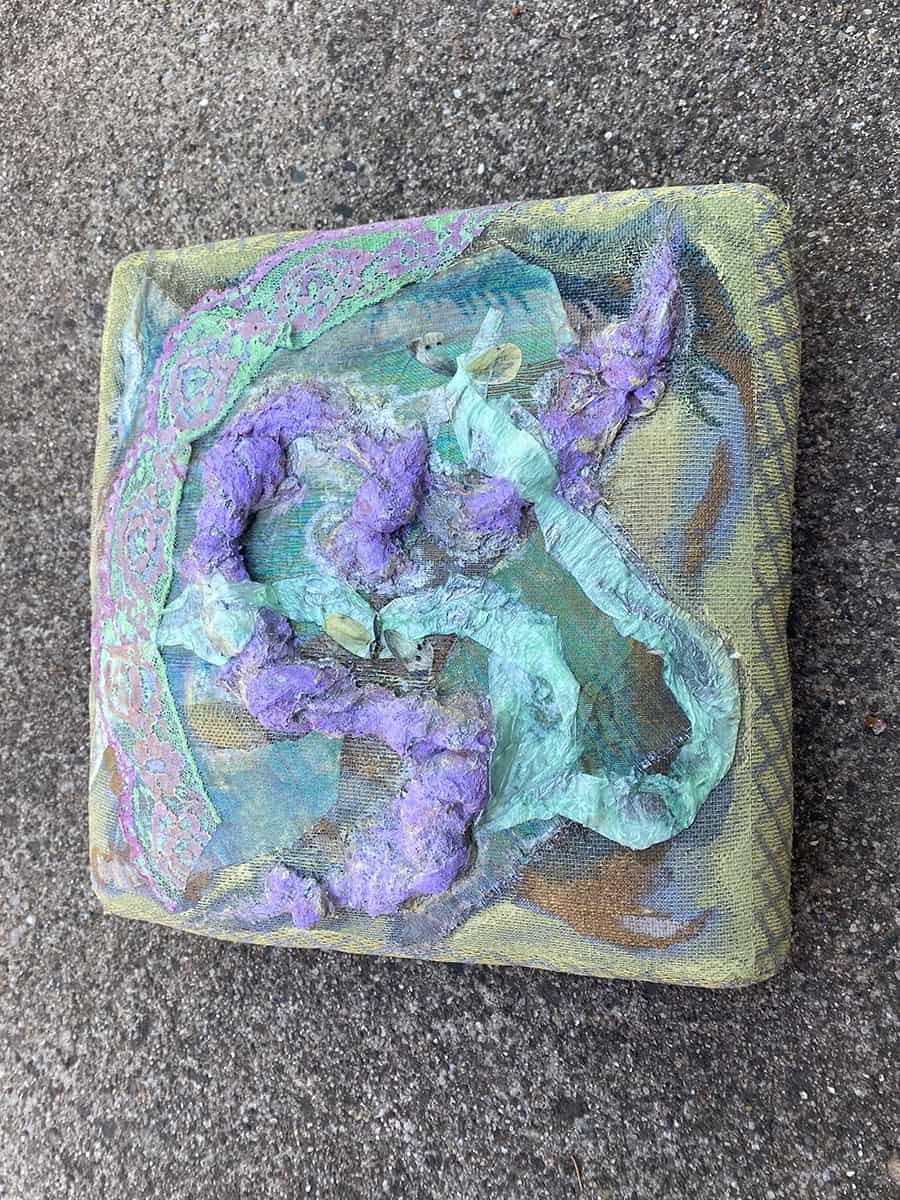 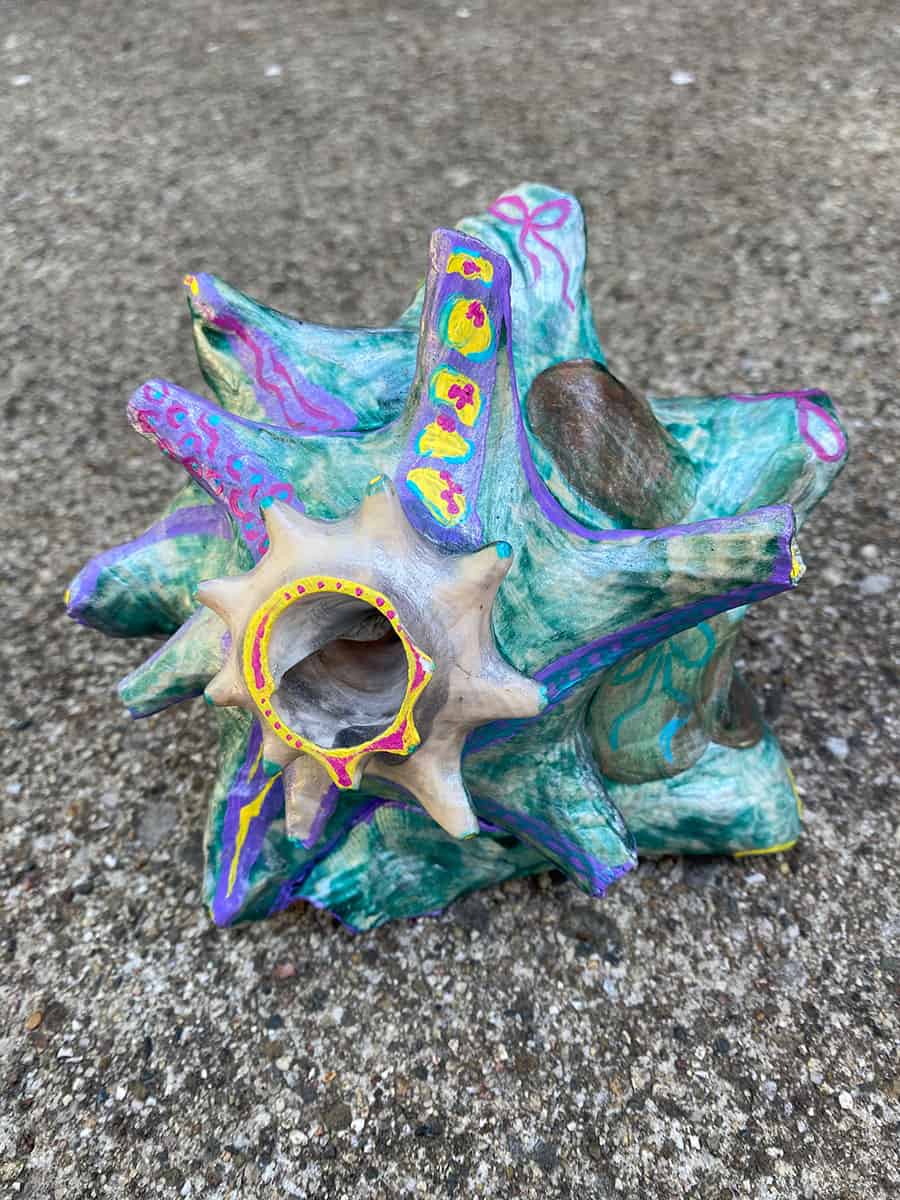 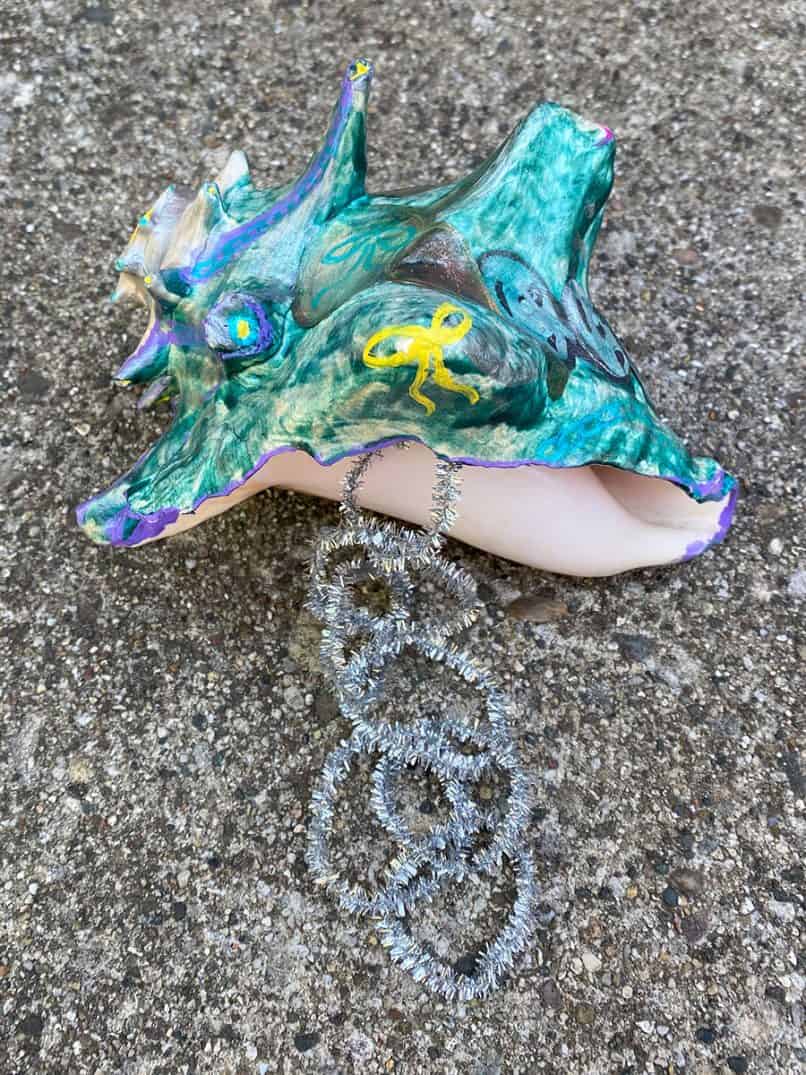 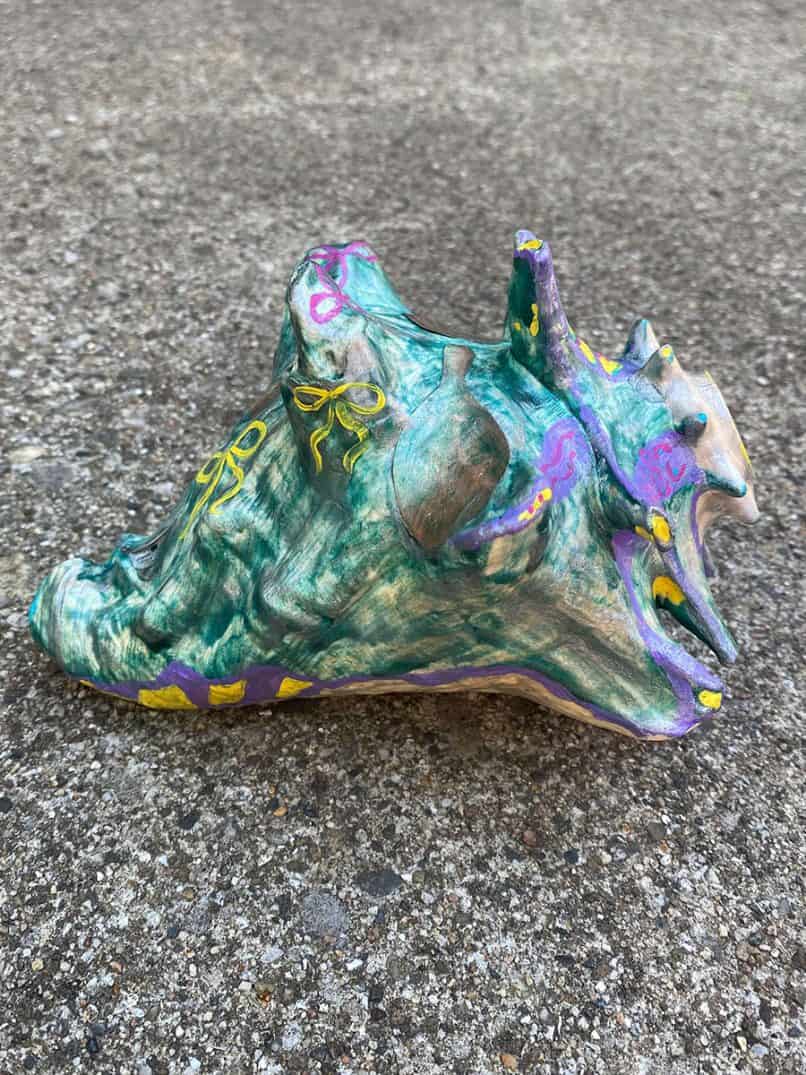 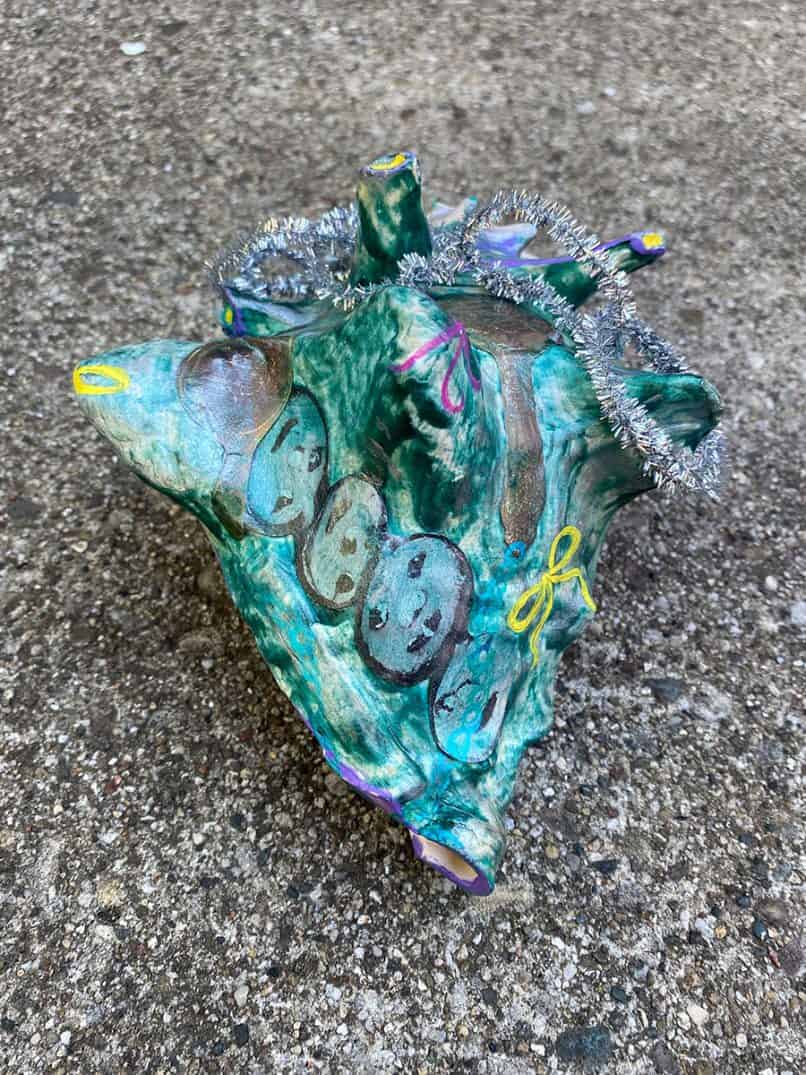