Through the medium of sculpture, I create tools that allow the viewer to engage in conversations too often swept under the rug. Death remains one of the most widely discussed and studied topics in the world, yet American attitudes surrounding the subject tend to enunciate the need most people feel to distance themselves from their own mortality. This anxiety is pervasive and impacts a wide range of cultural phenomena resulting in funerary practices that are unnatural, unsatisfying, classist, and harmful to the earth. Dead bodies are not dangerous nor are they stagnant; such misinformation is emphasized by intensive cosmetic and preservation practices as well as the “airtight coffin in a concrete hole” standard. These practices are not meant to facilitate any spiritual motive (as is often true for other cultures) but instead are meant to make the viewers “comfortable”—they are ultimately for the living, not the dead. The point isn’t to tell anyone how they should bury their loved ones or prepare for their own passing, it is to engage in these conversations with an open mind to collectively move past the death-phobic attitude so many of us unquestioningly harbor.

The Open-Bottom Casket is merely a suggestion for a mode of “burial” that could reframe our mortality as something celebratory instead of morbid. The design is reusable and functions like a greenhouse in the sense that it offers ideal conditions for the body to decompose and for microorganisms and plant life to thrive. It is also meant to highlight our reintegration into the earth by framing the body and allowing the viewer to observe processes of decomposition without the fear of infection that we currently feel. Get up close! See if you just might want to spend eternity in a greenhouse. You have a choice.

These photographs depict staged images of myself resting for extended periods of time within the casket, based on my favorite piece of poetry on the subject: On Death, by Kahlil Gibran. 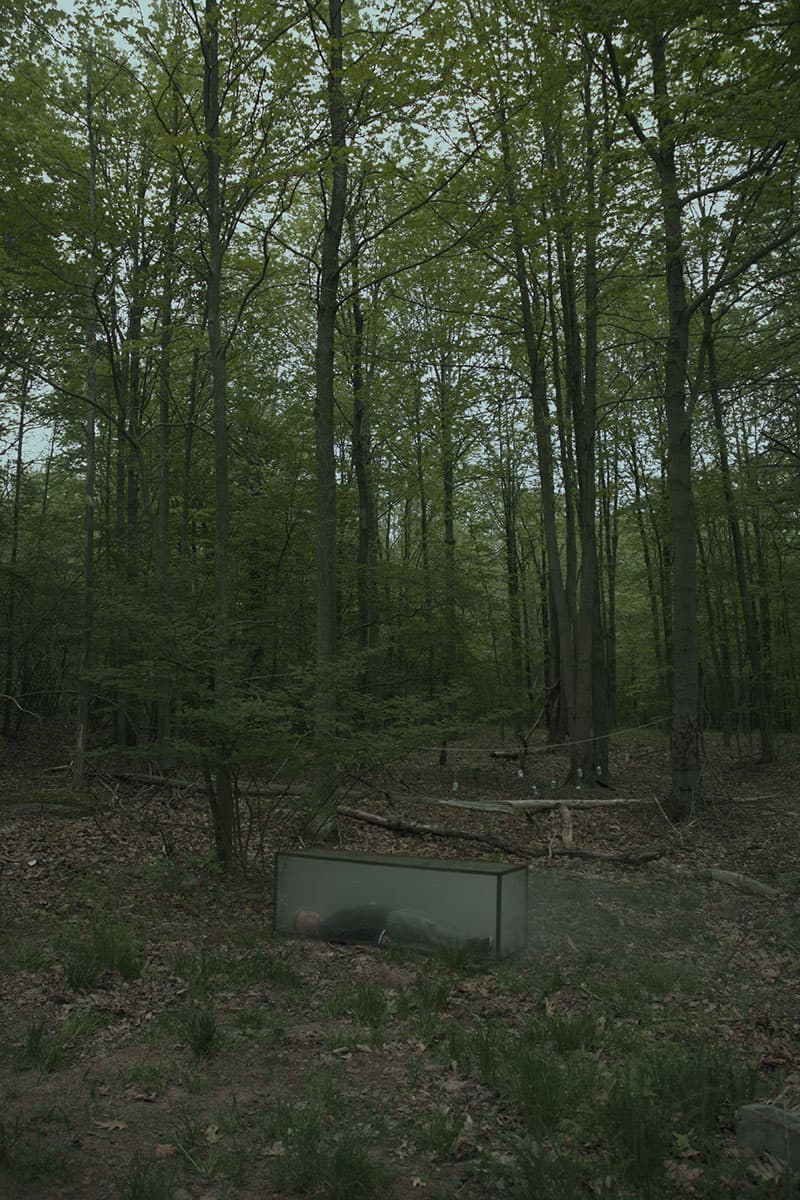 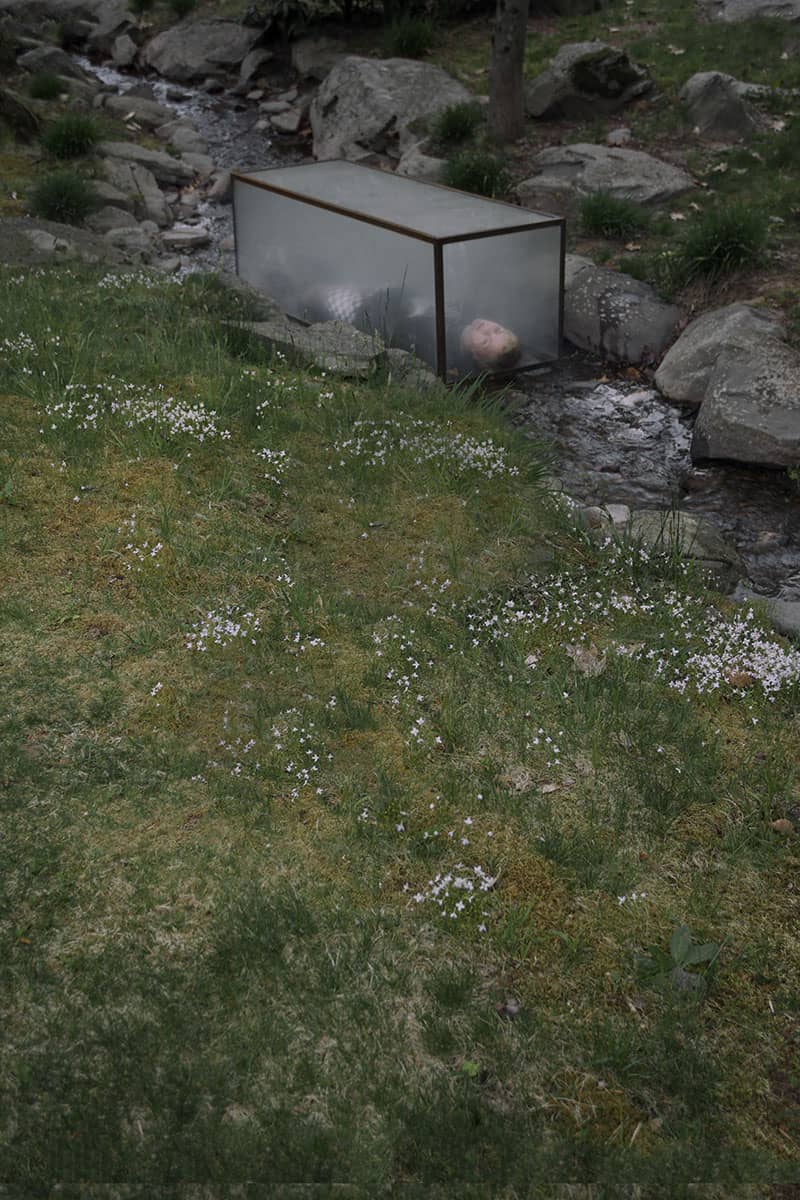